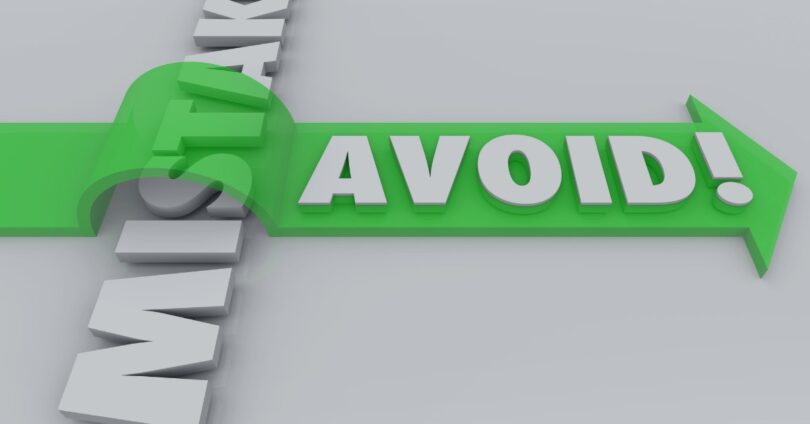 In a recent interview I did with CBS, I revealed costly mistakes to avoid if you’re thinking of going bankrupt.

While declaring bankruptcy can be a great option to wipe the debt slate clean, there are several potential pitfalls to avoid before the filing date.

One of the worst things that people can do is to hide assets or give them away before filing for bankruptcy.

Many people will try to either hide or get rid of their wealth to increase their chances of getting their bankruptcy case approved. However, bankruptcy courts are so thorough that claimants who do this nearly always get caught.

I added that this is a serious criminal offense, and anyone caught could be fined up to half a million dollars and could face a five-year prison sentence.

Another costly mistake is maxing out credit cards before declaring bankruptcy.

This is quite obvious to the creditors. If a credit card company is suspicious of any activity, then they could challenge your bankruptcy request, and you might end up paying back that credit card debt anyway.

Most purchases made within 90 days of filing for bankruptcy on a credit card are not counted as part of bankruptcy debt.

The rule of thumb is to shred the credit card the second you choose to declare bankruptcy. This includes taking on any type of debt, including borrowing money out from a home equity line.

Another common mistake made by people in debt is taking out money from a 401k or IRA retirement account to pay off creditors.

Bankruptcy code doesn’t allow anyone to pay off one creditor and not another one as it’s seen as favoring one company. Collectors can not touch retirement accounts, so it’s good practice to leave the accounts as they are.

Many shy away from hiring a bankruptcy attorney, which could cost more in the long run.

Bankruptcy law is quite complex with several nuances, requiring an experienced legal professional who knows the legal ins and outs. In 2017, people who decided against hiring an attorney and represented themselves succeeded in only 5% of the cases.